Everything you should know about Machu Picchu Pueblo: “Aguas Calientes” 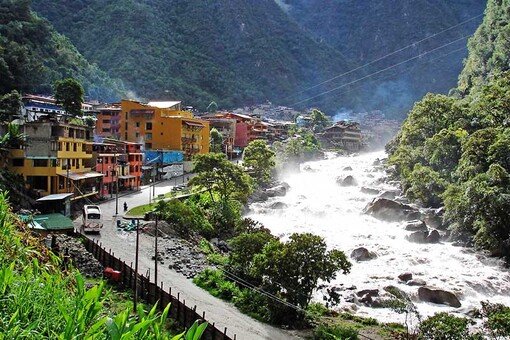 July 31, 2022August 1, 2022News by adminLeave a Comment on Everything you should know about Machu Picchu Pueblo: “Aguas Calientes”

“Machu Picchu pueblo” is the closest town to the Inca site, in the place is located the train station coming from the city of Cusco. The town is also known by the name of “Aguas Calientes” due to the great popularity of a small corner of the district where thousands of travelers arrive every day to enjoy the thermal-medicinal waters.

While you are traveling to Peru you may need to keep communication or a translation app. That’s why you may need to use one of our mobile phone plans for tourists to have a  tourist sim card. In order to make a nice trip here in PeruSIM. Here we show you more about Aguas Calientes.

The History of Machu Picchu Pueblo.

The origin of this town begins in 1901, at that time it was only a settlement inhabited by a few families of farmers (peasants). Later the place was transformed into a camp due to the railway construction that would unite the cities of Cusco and Santa Ana (La Convención).

A small group of workers and their families decided to settle in the area until the end of 1920 to facilitate their work, this place was called “Maquinachayoq camp”.

In 1928, the railroad reached the area and it became the main center for the handling of machinery and heavy equipment for the project, which encouraged the rest of the workers to settle in the area.

In 1931 the project concluded, some workers who settled in the place joined the farmers to form a new community which they called “The Town of Machu Picchu”, however it became known by its colloquial name “Aguas Calientes”.

This is a town that was not urban planned due to the ruggedness of its geography, for this reason it has no airport or roads linking it with the city of Cusco, the only means of transportation is the train.

However, after the discovery and the popularity that Machu Picchu attracted, the Peruvian state accepted the population and accredited it as such for being the closest access to the sacred city and the main supply center for tourists who come eager to visit the Inca city.

The declaration of Machu Picchu as one of the new seven wonders of the modern world (2007), the celebration of the centenary of its scientific discovery (2011) and the worldwide election of Peru as the first tourist destination, are facts and events that encourage tourism development in the district.

Machupicchu pueblo or Aguas Calientes is located in the department of Cusco, province of Urubamba, district of Machupicchu. It is the capital of the homonymous district where the headquarters of the District Municipality is located.

It is the main access road to the Historic Sanctuary of Machu Picchu 9 kilometers away, about 1h 30′ walk from the archaeological site.

The geography that “Machupicchu pueblo” presents is uneven, the terrain is quite irregular with many ravines and glacier-fed streams that usually flow into the river that passes in the middle of the town forming a deep valley that extends through the granite base of Vilcabamba for more than 40 kilometers through a variety of ecosystems found in the yunga-fluvial or yunga region of the jungle, at an altitude of 2040 masl.

The town is located on the banks of the Urubamba River, at the mouth of the Aguas Calientes and Alcamayo rivers towards the former. Surrounded by granite mountains covered with abundant vegetation typical of the high jungle region.

Machu Picchu Pueblo has 2 seasons during the year: from November to March there is the “rainy season” and the rest of the year is the “dry season”, during which there are occasional light rainfalls.

The climate varies from temperate to warm with a high percentage of humidity. The minimum annual temperature varies from 8 ° to 11.2 ° C. in the months of June, July and August; and in occasions of cold weather the temperature can fall below zero. But it is not very usual.

The annual maximum temperature during the remaining months varies from 20.4 ° to 25.6 ° C, this makes the nights pleasant.

“Machupicchu pueblo” has a population of 4525 people according to the latest 2017 Peruvian Census. The population has access to public services of sanitation, water, drainage and electric lighting in its entirety, also has the service of solid waste collection with a daily frequency and a health center that provides its inhabitants and tourists safety in case of accidents or discomfort.

Machu Picchu Pueblo receives an average of 1,500 to 2,000 tourists per day, mostly in the urban and commercial areas, and their obligatory stop is usually the main square of the Inca citadel of Machu Picchu.

The town has an important tourist and commercial infrastructure (restaurants – hotels). Among its most important tourist attractions are the “thermal baths” located 800 m from the town, which are believed to have medicinal properties.

Other nearby tourist attractions are the “Mandor waterfall” located 3 km from the town, to reach it is necessary to follow the railway line northwest; “the Manuel Chavez Ballon Site Museum”, located 2 km from the town on the road to the Historic Sanctuary of Machu Picchu and “the popular handicraft market”, this is located next to the train station.

The main access to the town is by train, which connects Machu Picchu town with Ollantaytambo, 43 km southeast and from Cusco with 112 km northwest from the city.

Another access route is from Santa Teresa, 20 km northwest of Machupicchu town, from where you can get there by car to Hidroeléctrica and then by train or walking for more than 3 hours.

At present, the railroad route to Machu Picchu town is operated by PeruRail and IncaRail. Inside Machupicchu town there are no urban transportation vehicles, all its streets are pedestrian except for one.

A group of buses travels daily on a main road that connects the town with the Machu Picchu Historic Sanctuary. It is known as the “Hiram Bingham Highway” and is 9 km long and is operated by the Consettur company. 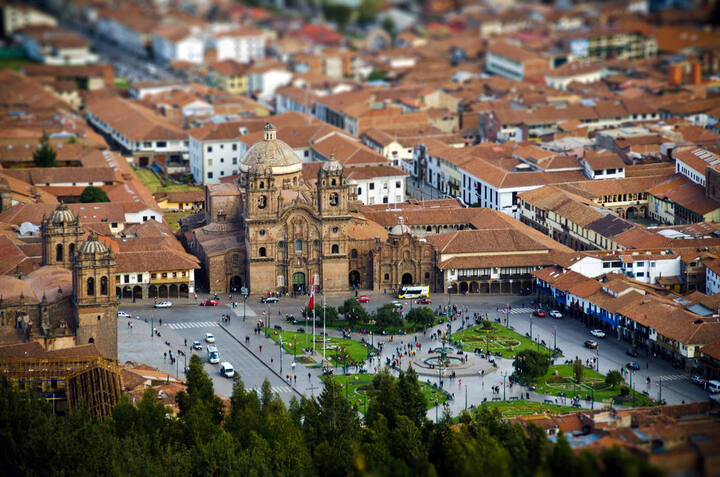 Cuzco or Cusco, considered “the navel of the world” or “the Rome of the Incas”, for being for centuries the capital of the largest empire that has ever existed in Latin America. Declared a World Heritage Site by UNESCO in 1983 and Archaeological Capital of South America in 1933, it is a city that will […]