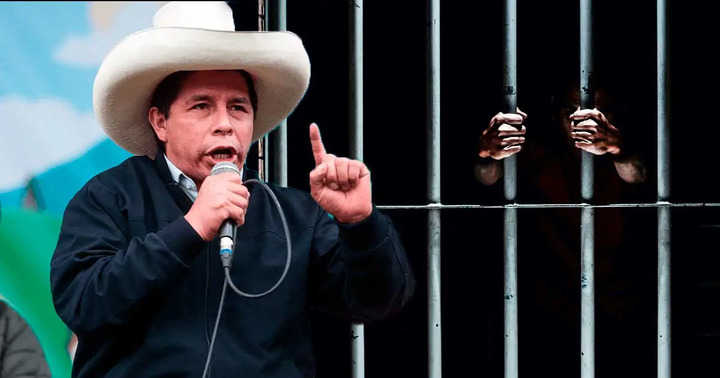 Home News What is happening in Peru now?
News

The citizens of Peru have lived this December 7 a day that is already part of the history of the country, the day of the uprising of President Pedro Castillo, with which he tried to remove him from office in the parliament.

We will resume the development of the events, from Castillo’s announcement of a government of exception to the appointment of Dina Boluarte as the first president of Peru as well as the precautions that tourists should take in case they have a trip planned in Peru.

Message to the nation: State of emergency

At noon on Wednesday, December 7, hours before the Peruvian parliament was to debate a motion to impeach him (the third), President Pedro Castillo addressed the nation to announce the dissolution and closure of Congress and the calling of new elections. “In response to citizen demands throughout the country, we make the decision to establish a government of exception aimed at establishing the rule of law and democracy”.  It establishes a curfew between 22:00 and 04:00 hours.

After the President’s announcement, congressmen from different parties denounced Castillo’s coup d’état.  Peruvian vice-president, Dina Boluarte, denounced that the closing of Congress and the creation of an emergency government dictated by President Pedro Castillo constitutes a “coup d’état”.

The plenary of the Peruvian Congress dismissed the country’s president, Pedro Castillo, for “permanent moral incapacity” with 101 votes in favor out of a total of 130, and appointed Vice President Dina Boluarte to be sworn in as the new head of state.

The Public Prosecutor’s Office arrests the already ousted president of Peru Pedro Castillo for alleged rebellion and conspiracy at the Prefecture headquarters in Lima, where he had gone with his family and former Prime Minister Anibal Torres after announcing that he was dissolving the Congress, decreeing a government of exception and calling new legislative elections.

The ousted Peruvian president Pedro Castilllo is taken to Barbadillo prison, where former president Alberto Fuijimori, who is serving his 25-year prison sentence, is also being held.

Dina Boluarte, new president and first female president in the History of Peru

The leftist lawyer Dina Boluarte is sworn in as the first president in the history of Peru. She calls all political forces to a truce and to “national unity” and commits herself to fight “for the nobodies and the excluded”. With the new appointment, the president of the Peruvian Congress, José Williams, considers that “the democratic and constitutional order has been restored” in Peru.

Even though part of the population disagreed with these measures, protests and road blockades against Boluarte’s government have spread to nine regions, with insurgency in Apurimac, and in Andahuaylas, where 20 clashes have left 20 wounded (16 civilians and 4 policemen).

There are 69 critical points in the country, where there are road blockades, and four airports remain closed due to threats and aggressions by violent mobs.

Due to this force majeure chaos many tourists and travelers have seen their visit to the country interrupted, we will explain the situation of national air and land transportation in Peru, especially if you are a traveler currently staying in national territory :

Four airports have suspended operations due to the demonstrations and interprovincial transportation companies have canceled the departure of buses due to the blockade of national roads.

A press release from Lima Airport Partners (LAP) informed that “only passengers with scheduled flights and presenting their boarding pass may enter the Jorge Chavez International Airport terminal”.

The measure comes just a few days after the airport has returned to normal after more than two years of pandemic. Passengers are advised to attend two to three hours before their flight departure.

The acts of violence registered in the last hours in Cusco have forced the Alejandro Velasco Astete International Airport to close its doors until tomorrow Thursday 15 at midnight. Unlike the airport in Lima, all flights departing from or bound for the imperial city will be canceled until further notice. Each passenger must coordinate with his or her airline to reschedule his or her trip.

Companies such as Latam Airlines have confirmed the cessation of their flights to the city of Arequipa, this after the facilities of the Alfredo Rodriguez Ballon airport were affected by the presence of protesters. LAP has not confirmed until when the airport will remain closed, it has only revealed that “it will maintain the suspension of its operations”.

At 11:00 a.m. today, Wednesday, December 14, operations at the Inca Manco Capac Airport in Juliaca were suspended due to security measures. This is how one of the busiest airports in Peru has been affected by the effects of the demonstrations.

The IATA representative pointed out that this decision was taken by the authorities and the airport concessionaire because they do not have the capacity to provide the necessary security in the face of the arrival of the protesters and could jeopardize the operations and the lives of the people who are in the air terminal facilities.

On Sunday, December 11, Corpac announced the closure of the terminal due to the attacks and acts of vandalism that took place at its air terminal facilities. In a press release, it indicated that the runway and equipment essential to provide air navigation services were seriously affected.

The road blockade has caused land transportation companies to suspend the departure of their units to prevent passengers from being stranded in the middle of national roads, which puts their safety at risk.

For this reason, at the Plaza Norte and Yerbateros terminals in Lima, the sale of tickets to different areas of the country has been suspended. A similar situation is registered in the land terminals of Arequipa, Chiclayo, Piura, Chimbote, Ica and Puno, which remain closed until the situation in the national roads is regularized and normal traffic is guaranteed.

Due to this situation, many passengers have had to spend the night in the facilities of the land terminals because they have nowhere to stay and are waiting for the departure of the buses to return to their cities of origin.

Finally, remember that if you want to keep up to date with the latest news from Peru,and how the situation might be going around Lima and other parts of Peru that could affect your travel you have to keep communication with your relatives and friends, and be able to orient yourself in all places during these hard times, also that you might need help with translation . That’s why with PeruSIM you can buy a SIM card including the data plan of your need without having to worry about high roaming costs.