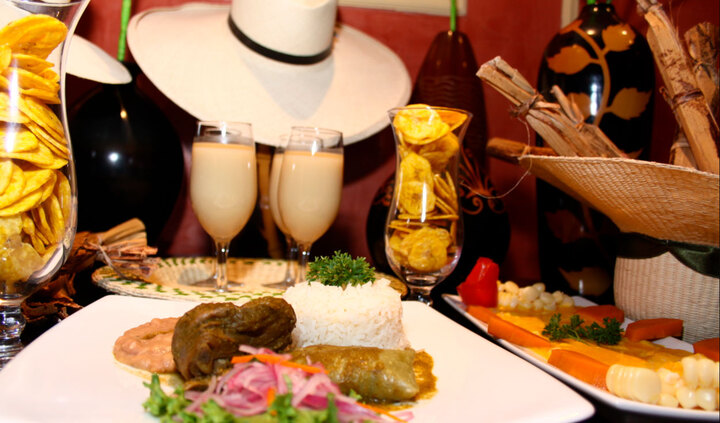 Know about the typical dishes of Piura

Piura is a coastal city and is the fifth most populated in Peru and has become a strategic point of trade thanks to its proximity to the Ecuadorian territory and its wonderful beaches, conducive to tourism.

The city covers 621.2 km² and has a population of more than 484 thousand inhabitants, according to records of the 2017 census, being the second most populated region of the Inca territory.

However, from this city, which integrates natural views of coast, highlands and jungle, the 10 districts of the Province of Piura are managed. Its distinguished landscapes, its handicrafts, its musical zeal, its food, the hospitality of its people, among many other reasons, make Piura an attractive destination for both foreigners and Peruvians.

The people of Piura are characterized by being demanding in good food and that is reflected in the good taste of the Piura cuisine that has gone around the world. The secret is based on its art of seasoning as well as its high nutritional properties whose flavor is quite pleasant.

The typical dishes of the North Peruvian cuisine that here in Piura have found a tasty local expression; secondly, a local development based on the use of some ingredients of wide local diffusion, native, like the plantain or the sarandaja bean, or arrived with the conquest, like the goat meat, already fully incorporated to the culinary and, therefore, by part of the local tradition, in third place the no less traditional variety of coastal stews prepared with the fruits of the sea.

It is estimated that ceviche originated on the Piura coast. Tourists arrive attracted by the beautiful beaches of the Piura coast and also avidly seek out the famous restaurants and popular inns to taste the typical dishes. Among the traditional dishes

The richness and exquisiteness of Piura’s gastronomy, an important part of the Peruvian gastronomy, is explained by the confluence of diverse cultural practices and its enormous food resources, including seafood.

While Traveling and discovering new extraordinary cities and its regional food in Peru you may need to use one of our mobile phone plans for tourists to have a tourist SIM card. In order to understand and find new dishes to try on ,here in PeruSIM.

Now let’s find out the name of many different dishes that are entirely from Piura that are worth trying :

For a pirate invention, the ceviche of Piura is characterized because it has as main ingredients: fish or seafood, onion and chili, if the ceviche has large prey it receives the name of cebichón or encevichado.

Its main characteristic is that it does not need water since its ingredients are tomatoes, fish, chili bell pepper and a dash of white chicha accompanied by sweet potato, yucca, cancha or corn.

It is an obligatory dish on Fridays during Lent. The dish contains yellow rice, salted fish boiled in hot water, boiled green plantains, beaten and seasoned with onion and covered with goat cheese.

The exquisite preparations of skate, whose flavor is quite pleasant.

Prepared with blood and pork meat. Which has to settle with legitimate aniseed. They also prepare the famous stuffed and pork guts.

Prepared with green plantain slices, which are fried with beef fat. To the fried plantains is added cancha, which is mixed with fine salt.

The custard is the sweet Piura par excellence, for its preparation requires goat’s milk, chancaca and flour.

Chicha, a typical drink made from boiled and fermented white corn, is a must in Piura’s festivities and celebrations. Catacaos is the land of chicha. White flags on the doors of the chicheritos announce its sale. The chicha is served in the traditional “potos”; when it is light and is taken from the surface of the pitchers.

Know about the Best Peruvian films

Know about the typical food of Ica