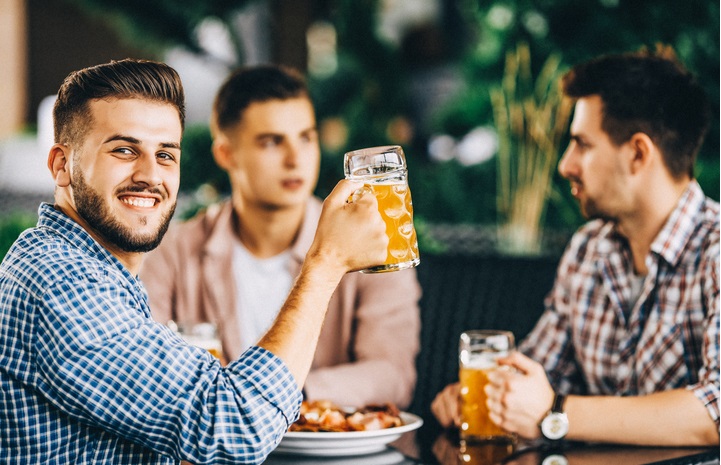 If there is something for which Peru is recognized worldwide, in addition to its fascinating history and the remnants that sustain it, it is its gastronomy.

This country has won hundreds of international awards, which recognize the genius with which the chefs have taken the best of the culinary traditions of the native peoples, the Iberian culture, the African and, recently, the Asian, to give as a result unparalleled flavors and very healthy dishes.

While you are traveling to Peru you may need to keep communication or a translation app. That’s why you may need to use one of our mobile phone plans for tourists to avoid high roaming costs. In order to make a nice trip here in PeruSIM. Here are some of the most popular dishes from Peru that you should taste.

It is considered the signature dish of Peru, and although it is found in other destinations on the Pacific coast of South America, only in this country ingredients from the sea and the mountains are combined so harmoniously.

It consists of marinating the fish meat in a container with a lot of lemon, chili, red onion, coriander, salt and pepper, until it is ready for consumption (about 20 minutes). It is important to use good fish, such as grouper, sole, sea bass and even tilapia, and the accompaniments are fundamental for both flavor and presentation.

In addition, they give the Andean touch to the ceviche, with the sweet taste of sweet potato, the almost omnipresent corn that is usually served shelled and accompanied with roasted corn. Fortunately, you will find this dish in almost any destination in Peru, although Lima is where you will discover the greatest variety in flavor, quality and prices.

Although for many foreign tourists this small and tender rodent serves as a house pet, for the Andean people it has been used for centuries as an important food source and the tradition has been maintained over time.

Besides having a mild, and for many, exquisite flavor, guinea pig meat is rich in protein, iron and low in fat, so it is a very good option for carnivores looking for a healthy diet. There are many ways to eat it and nowadays gourmet restaurants in Peru are taking advantage of it to create new dishes, so if you are easily impressed, this is probably the best option to try guinea pig.

Although if you are one of those who want to experience the customs in the flesh, in destinations like the Sacred Valley you can find less elaborate options, equally delicious, and yes, a little impressive since the animal is usually served whole. In the end it ends up being the same, so it is up to you to decide how to taste one of the most ancient dishes of the Andes and always remember it.

Originally from Arequipa, one of the most beautiful cities in Peru, this dish is not suitable for every palate since it has a particular characteristic: it is very spicy.

The rocoto is a kind of chili bell pepper endemic to Peru, the size of an apple and with a sweet taste. In this case, the dish consists of stuffing this fruit with ground meat, onion, olives, grated fresh cheese and hard-boiled egg, all sautéed and seasoned with salt, cumin and other seasonings to taste.

Generally (and by now it will not seem strange to you) it is accompanied by cooked potato or potato cake, and it is so famous that it is prepared all over the country and rocoto is even exported to other parts of the world.

However, there is nothing like trying it in its native city, one of the most beautiful and diverse tourist destinations in Peru.

To begin with, chicken meat has always had a reputation for having a much better flavor, so for lovers of Creole food, imagine a dish in which this ingredient is mixed with one of the most consumed in Peru: chili bell pepper.

It is prepared with aji amarillo chili, and what differentiates aji de gallina from any other stew is that it uses some ingredients that are not so common in this type of preparations, such as sliced bread or soda crackers, milk and pecans, a type of nuts originating from North America.

In addition, at the moment of serving, among its accompaniments are olives and slices of hard-boiled egg, also recurrent foods in Peruvian gastronomy.

This dish is also found in various regions of Peru, although it is said that it is best prepared in Lima.

Another Creole dish, ideal for meat lovers, is the famous and very homemade lomo saltado, whose origin dates back to the Asian migrations of the 19th century.

Actually, this recipe is quite simple since it consists of sautéing pieces of beef tenderloin in a wok with vegetables, yellow chili and soy sauce. However, to make it even more exquisite, several restaurants have focused on adding special ingredients that allow them to differentiate themselves from their colleagues, or to maintain the traditional home seasoning that is certainly unmatched.

Once the meat and vegetables are ready, french fries are added and it is generally served with rice, so it will be a dish that you will be able to taste in almost all the Peruvian territory and try to decipher its secrets.

Peru is the country that has the most varieties of potato in the world and this dish is prepared to be one of them, so although it seems a bit simple, the fascinating thing is that it can be made every time with a different type of this ingredient.

The huancaína potato is originally from the city of Huancayo, although it has become popular throughout the Sierra and Amazon regions of the country. Its main characteristic is the sauce with which the cooked potato is bathed, which is prepared with cheese, oil, salt and -guess what?- yellow chili bell pepper.

At the moment of serving, other ingredients will become familiar to you: black olives and slices of hard-boiled egg, all this on a bed of fresh lettuce leaves. It is simple, yes, delicious too, and it is usually served as a starter for any of the other dishes we have just reviewed.Finally, we know that you have to keep communication with your relatives and friends, that you need to be able to orient yourself in new cities, that you might need help with translation and that you might need to search for restaurants or hotels. That’s why with PeruSIM you can buy a SIM card including the data plan of your need without having to worry about high roaming costs. All tourist sites in the department of Lambayeque stand out for their archaeological, handicraft, ecological, gastronomic, museum and historical references. It will be an alternative to the tourist tour of Cusco in which Machu Picchu is its greatest exponent. Among the archaeological sites in Lambayeque you can visit the pyramids of Túcume, the Chotuna-Chornancap complex, […]