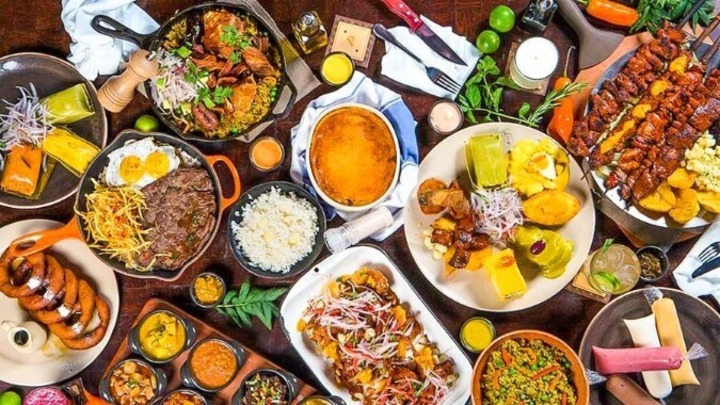 Fusion food is that which originates from mixing flavors, ingredients and cooking techniques from different countries.

Peru being a multicultural country, it is no stranger to these great ingenious mixtures of flavors that give rise to the “umami” so characteristic of all Peruvian gastronomy.

The fusion of cuisines occurs for various reasons. In some cases it is driven by the creativity of a community of cooks, by the simple fusion of cultures due to their displacement and immigration, or by geographic or economic influences such as the proximity of borders with other countries, colonization, etc.

While Traveling and discovering new extraordinary food that will make your mind blow you may need to use one of our mobile phone plans for tourists to have a tourist SIM card. In order to understand and find the best fusion cuisine restaurant in every place you might visit , here in PeruSIM.

Let’s find out more about this amazing peruvian fusion cuisine known for its exquisite taste which always makes every Peruvian proud:

In Peru there are two types of fusion food. The first one is that which originates from a foreign recipe to which Peruvian ingredients are replaced or included, or vice versa, it is a Peruvian recipe with some foreign ingredients.

The second form of fusion is that which arises from the creativity of contemporary Peruvian chefs or cooks, inventing exquisite dishes using Peruvian and foreign ingredients.

The most popular fusion food is based on Chinese, Japanese, African, Italian, French and Spanish food.

Since the time of the Spanish conquest, Peru received foreign influence for food. But it was from the 19th century that this trend increased. This was due to the large number of immigrants who arrived in Peru in those years.

Peruvian Creole cuisine owes much of its success to this fusion. Peruvian gastronomy is taking advantage of its wide biodiversity in terms of flavors. The characteristics of this fusion are the presentation, the color, the mixture and variety of ingredients.

It is known worldwide that Peruvian cuisine has already found a place among the most recognized in the world, considered among the top ten.

Anyone who visits Peru as a tourist is immediately captivated by the local culinary richness, and if you are a gourmet, you will always look for an excuse to come back and delight yourself with new flavors.

In Peru, the greatest fusion in food has been with the Chinese, mainly from the region of Canton, who arrived in Peru in 1849, and were known as culíes.

Chinese fusion food is known as Chifa, and the restaurants that sell it are also called Chifa.

Chifas first appeared in Lima in 1920. They have become so popular that there are more chifas than cevicherias (ceviche and seafood restaurants) and pollerías (grilled chicken restaurants).

Among the Chifa dishes we have the chaufa rice, the wantán soup, the tallarín saltado, the combined is very popular (chaufa rice and tallarín saltado), the chi jau cuy, made from Peruvian rodent called cuy, cooked in oyster sauce, and with a slight spicy flavor due to the Peruvian yellow chili, the rolled alpaca, etc..

The fusion of Peruvian and Japanese food has been called Nikkei since the eighties, since before, only Japanese immigrants and their descendants were called Nikkei.

It is one of the most sophisticated foods and one of the most developed in recent times. The custom of eating a lot of fish and rice has favored the fusion of many Japanese recipes with Peruvian grains and chili peppers.

Among Japanese fusion dishes we can mention ceviches and tiraditos, makis of different types such as acevichado, or with causa limeña, inka maki, Japanese rice tacuchaufa, tuna sachimi, salmon sushi with creole sauce, sudado with kion and sillao, and the famous octopus with olive tree.

This last dish is one of the most traditional, based on octopus cuts bathed in olive cream, lemon egg and olives.

Immigration to Peru took place mainly between 1840 and 1880. Mostly by people who came from the Liguria region, departing from the port of Genoa.

They were the ones who introduced vegetables such as chard, Italian squash, spinach, cauliflower and basil that they themselves grew in their gardens, among other ingredients.

Among the fusion dishes we have, the chard pie which is derived from the Genoese torta pascualina, the mondonguito a la italiana, is derived from the trippa a la fiorentina, the green tagliatelle is a variant of the starter called spaghetti al pesto, to which spinach has been added and is served as a main dish with fried egg or steak.

Spaghetti bolognese is known in Peru as tallarines rojos, with a variant in tuco, which is prepared with a carrot base and served with a prey of chicken.

Another very popular dish is menestrone soup, which is based on Italian minestrone, but is more hearty, as it has meat, corn, potato, beans, yucca, canuto noodles and green beans.

Pizzas are very popular and in the last few years Peruvian variants have been made, such as the lomo saltado or aji de gallina pizza.