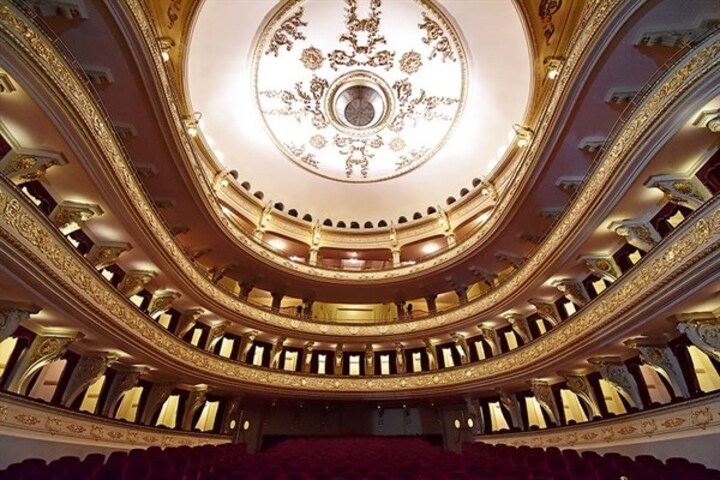 Know more about the Peruvian Cultural value of the theater

Theater is an art that has a great relationship with acting and through it historical events or stories are represented, Peru is one of the Latin American cities whose history is one of the richest and its theater is not far behind.

The performing arts or theater is a cultural expression that should never be lost in Peru and in any country in the world. The main reasons are the following: to consolidate, exhibit and make known the customs, traditions and culture of each country through theatrical representations in their different genres.

While Traveling and discovering new cultural experiences in Peru you may need to use one of our mobile phone plans for tourists to have a tourist SIM card. In order to understand and find new cultural movements ,here in PeruSIM.

Now let’s find out about the cultural expression of arts and theater in Peru:

Although the theater in Peru had to suffer various difficulties to consolidate, it has managed to emerge and evolve over the years, attracting the attention of all generations until today.

In pre-Hispanic times with religious representations, during the Viceroyalty with the ‘costumbrismo’ criticizing the colonial environment, and then in the Republic staging local values.

In Peru, theater took shape with the Quechua performing arts and its influence during the conquest and the Republic. The Incas marked a milestone by representing their religious and cultural beliefs. Within this framework, Peru’s first theatrical work emerged, which was entitled ‘Ollantay’.

Based on an Inca legend, it was not performed until the 18th century, being considered a colonial drama. Ollantay tells the story of a renowned warrior of the Inca empire who falls in love with the daughter of the Inca Pachacutec.

The Inca laws forbade the union of a member of the nobility with someone from the people, the Inca ordered their separation and punished them, originating Ollantay’s rebellion. The play culminates with a happy ending, when Tupac Yupanqui, Inca who assumes command after the death of Pachacutec, gives his approval to such love.

The Viceroyalty of Peru had obtained many benefits from the theater and decided to invest in the first theater, this building lasted until the earthquake of 1746 which not only destroyed this building but also a large part of the city.

But fortunately another one was built very quickly in the same place where this one was located, being inaugurated in 1747 by orders of the Viceroy at that time.

This theater at the time had the name of “Teatro Principal” until the historical period of the Chilean Occupation when a fire destroyed this building in 1883. In 1890 it opened its doors again under the name of “Teatro Portátil” although it remained fixed in the same place as the main theater, its name was given thanks to its tarantine structure.

After a long reconstruction, on February 14, 1909 the Teatro Principal was inaugurated again, this reconstruction was thanks to the Mayor Federico Elguera Seminario, at that time it had the maximum comfort and technology for the staging of theatrical plays.

How did Theater begin in Lima

During the nineteenth century, outstanding exponents were Felipe Pardo y Aliaga and Manuel Ascencio Segura, precursors of the costumbrista comedy, which portrays the typical customs of Lima society of the time. Segura’s best known work is ‘Ña Catita’.

In the first half of the 20th century, different schools and theaters were created, such as the “Teatro de Arte de la Universidad Nacional Mayor de San Marcos” and the “Escuela de Teatro de la Pontificia Universidad Católica del Perú”.

Between the 1960s and 1990s, important events for the country and the world took place that made Peruvian theater evolve and constantly change its social themes. Between 1960 and 1970, theatrical influences such as Bertolt Brecht (reflection for social change) and Jerzy Grotowski (return to the ritual style incorporating Peruvian cultural roots) were noted.

On the other hand, in the 1980s and 1990s, economic and political crises led to a reduction in theatrical production.

The parish priest Pedro Valdes was responsible for the first Peruvian play called “Ollantay”, which was written in Quechua and belongs to the genre of Drama. This play was originally written in verse and is divided into three acts.

This play is based on an Inca legend that tells the story of a warrior who falls in love with the daughter of Pachacutec who was a member of the Inca nobility.

What stands out is that the Inca culture forbade relations between the nobility and the people, Pachacútec on finding out about this situation orders the separation of his daughter and the warrior and punishes them, this fact propitiates the rebellion of Ollantay.

The play finally has a happy ending, where Túpac Yupanqui is the Inca who assumes command after Pachacútec’s death and approves the union between the Warrior and Pachacútec’s daughter.

Theater in Peru has always been in constant evolution, always moving through genres such as drama and comedy, but it was not until the 1960s and 1990s that important events took place in Peru and in the world and changed the frequent themes of theater in the country.

The social theme was what was on the lips of the writers Bertolt Brecht with his work “reflection for social change” and Jerzy Grotowski with his piece “return to the ritual style incorporating Peruvian cultural roots” which were the most prominent between 1960 and 1970 were noted.

However, in recent years Peruvian theater has resurged thanks to the talent of contemporary actors. Today it is a cultural necessity, which is reflected in the success of attendance in the presentation of adaptations or original Peruvian plays in the different Peruvian stages.

It should also be noted that the growth of theater has been accompanied by the incorporation of new influences, which are taught in theater schools and in some national and private schools.

Coexisting with performing arts, which involve the mastery of artistic forms such as music, dance and scenery, allow people to acquire an essence of theatrical culture from an early age.

Sitting in a theater and appreciating a quality play, watching street theater, witnessing school plays or participating in festivities accompanied by artistic activities will always be enriching cultural experiences.

It should be noted that, above all, and in spite of everything, the show is guaranteed for those attending a play, since the performance must always go on!

Learn about the great influence of chinese culture in Peru