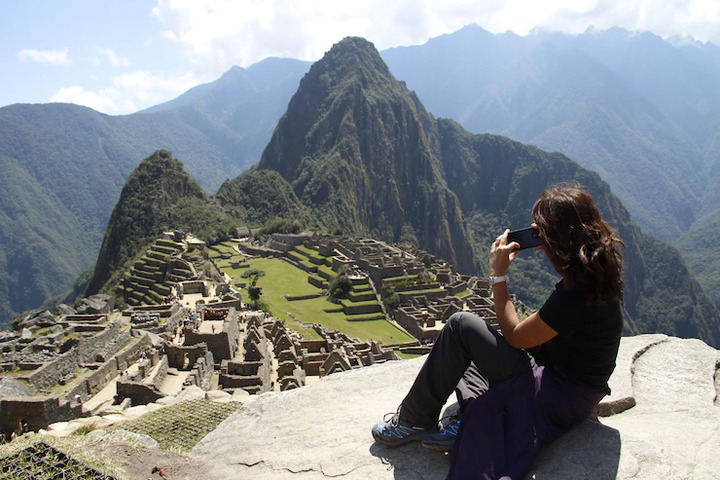 Home Destinations The Most famous Archeological Sites of Peru
Destinations

Peru is one of the countries with the most fascinating ancestral and natural architecture in Latin America. The Pachamama has been breathing in its deposits for centuries, with resistance and wisdom.

Peru’s most impressive archaeological sites have an important historical and monumental heritage.

However, the importance of the latter lies not in their quantity, but in the fact that they reveal the history of our ancestors. In fact, they have plagued their walls with an integral vision of the relationship between the community of the time with their own environment.

The millenary legacy of its almost 20,000 archaeological sites makes Peru a place with a permanent imprint. Spaces full of legends, myths, primitive art and magic, immediately inspire the great influx of tourists who visit them.

Truly, we are in front of a territory with vestiges full of mystery and stories engraved in each architectural bastion. For sure you will marvel at every detail and you will be filled with questions in every corner.

It is very possible that your first reference is Machu Picchu, but in Peru there are countless archaeological sites that will awaken your senses.

While on your trip to Peru visiting these worldwide famous and amazing archeological sites  may need to keep communication or a translation app to go on guide tours.

That’s why you may need to use one of our mobile phone plans for tourists to have a tourist SIM card.In order to understand and discover all the secrets behind these ancient  places  full of historic revelations here in PeruSIM.

Now let’s find out all the important facts about these famous archeological peruvian sides you can visit on your trip to Peru without missing anything :

Caral: Sacred city with more than 5,000 years of history

Considered as the oldest civilization in the world and of the entire American continent and at the same time representative of the origin of the Andean culture, this city, located in the province of Barranca (north of Lima).

The Caral Civilization originated in the American continent almost simultaneously with those of the old world: Mesopotamia, Egypt, India and China.

Unlike other civilizations, which exchanged goods, knowledge and experiences, the Caral Civilization achieved an early development in complete isolation from other populations, since Caral was at least 1800 years ahead of those who lived in Mesoamerica, where the other civilization focus of the six recognized worldwide has been identified.

The Caral Civilization was formed in a territory of contrasted geographic configuration, sustained by a complementary fishing-agricultural economy and a complex sphere of interaction that integrated populations from the coast, highlands and Andean jungle in the North Central Area of Peru.

Caral stands out for its six pyramids with their respective circular squares. Among the most important findings in terms of instruments is the Quipu, an element based on strings that served to record information, being the oldest in the world

Huacas of the Sun and the Moon : full of mystique and architectural beauty

Located south of the city of Trujillo, on the northern coast of Peru, the sanctuary of Huacas del Sol and Huacas de la Luna was the ancient capital of the Mochica culture from the first century B.C. to the ninth century.

The 43 meter high stepped pyramid that corresponds to Huacas del Sol is located there and is believed to have had administrative purposes; and Huaca de la Luna, which consists of several superimposed temples dating from different periods.

The latter served as an important religious center, since it was found a ceremonial altar with several bodies of sacrificed warriors, courtyards and ceremonial plazas and murals where some divinities were represented as Aiapaec, the punishing god of the Mochica culture.

Between both temples was located the urban center with large avenues, stores and houses.

This sacred site was the main sanctuary of the central coast for over 1000 years and its name is so poetic that it will make you want to write it everywhere. Pachamac means “soul of the earth, the one who animates the world”.

It is located, surrounding the great Temple of the Sun, on the old Panamerican Highway South Km. 31.5, Lurin, Lima. And it has an extension of almost 500 hectares.

In this mystical place, you will find evidence of four cultures: Lima, Wari, Ychma and Inca. Of these, the one that made most of the constructions that you will see in the place, including its magnificent pyramids with ramps, is the Ychma.

It has an incredible set of architectural complexes, such as palaces, pyramids, temples, aqueducts, cemeteries and plazas, among others. It also has a Site Museum full of magic. It houses almost 6,500 pieces belonging to the cultures that have inhabited it in ancient times.

An important and significant fact is that the construction of the Sanctuary had to stop with the arrival of the Spaniards. But that did not influence the beauty that had already been erected.

El Brujo: one of the most impressive archaeological sites in Peru.

Located in the north of Peru, in the district of Magdalena de Cao (La Libertad), this archaeological complex is one of the most important of the northern coast. Because, its huacas, which respond to the names of Huaca Cortada, Huaca Cao and Huaca Prieta, became one of the important centers, both political and religious of the Mochica culture; and one of the emblematic cultures of our Ancient Peru.

One of the main findings of the Archaeological Complex El Brujo corresponds to the tomb of The Señora de Cao, a woman who assumed the role of ruler and was an important leader in the history of Peru. This is an important discovery in the Peruvian culture.

Known as Huaca Rajada, this is where the tomb of the Lord of Sipan, one of the most important Mochica rulers of ancient Peru whose civilization dominated the northern coast of the country between 100 and 800 AD, was found in 1987.

The Lord of Sipan was a warrior ruler who led the Moches, a powerful culture that lived in Peru between the first and seventh centuries AD. This discovery was an important milestone in the archaeology of the continent, since for the first time a royal tomb of a Peruvian civilization prior to the Incas was found intac.

This powerful ruler of Peru was buried with his skeleton, jewelry and ceramic offerings of copper and gold, as well as eight human bodies.

Currently, this important discovery is exhibited in the museum of the Sipan Archaeological Center, one of the most important of its time for its value worldwide. In the city of Lambayeque, in addition, the Royal Tombs of Sipan museum is located, where some of the jewels located in the area are found.

The city of Machu Picchu

Last but not least Machu Picchu is by far one of the most important discoveries to the world,  known and loved worldwide. Located on a rocky promontory that joins the mountains of Machu Picchu and Huayna Picchu, this ancient Inca sanctuary is declared a World Heritage Site and is one of the New 7 Wonders of the Modern World.

It was the capital of the Inca Empire, who built in this sacred valley a set of temples in the mid-fifteenth century, during the reign of Pachacuti Yupanqui. It is divided into two sectors: the agricultural, formed by terraces; and the urban, with administrative functions. Machu Picchu was connected to the rest of the settlements through the Qhapaq Ñan, the route of the Inca roads.

Learn more about Trujillo on your next visit to Peru: The City of Eternal Springtime