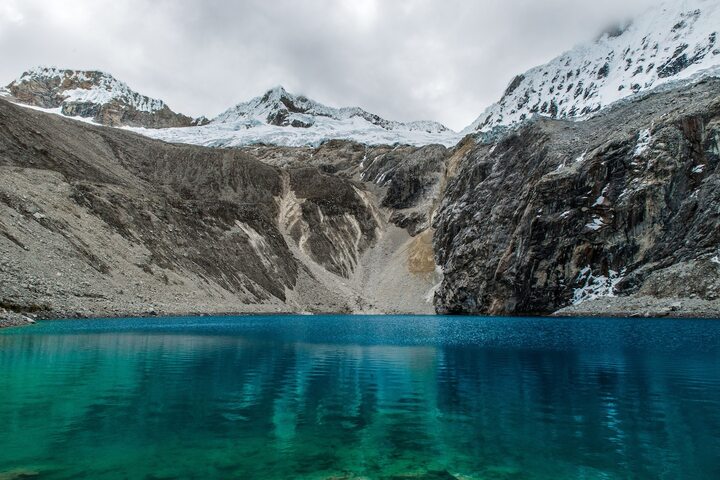 The coca leaf is a very ancient plant that was used in pre-Inca and Inca times and can be harvested between 1500 to 1900 meters above sea level, in the Inca empire it was considered a mystical plant.

Its use dates back to 500 BC in the ancient pre-Inca and Inca cultures. In the pre-Inca cultures its use was widespread among the general population, it was used to soothe pains and to encourage work that required physical effort.

However, when the Inca Empire dominated these lands, its use was prohibited for the general population, so that the Inca state had control of the hectares of cultivation, it was only used by the population in times of food shortage.

It has been compiled that sometimes the Inca gave them away as a sign of esteem. Spanish chronicles say that the Inca Huayna Capac used to give small bags of coca leaves to his most faithful servants.

In modern times and in the last decades, the coca leaf has been misrepresented, misinterpreted and above all misvalued by people with bad intentions who used this powerful leaf with so many benefits, turning it into the basis of a very popular drug, taking away the millenary prestige that it always had , in front of  the eyes of the whole world.

While traveling to Peru you might get an offer from locals to try the coca leaf, don’t be afraid and always keep on communication or a translation app with you.

That’s why you may need to use one of our mobile phone plans for tourists to have a tourist SIM card. In order to understand and discover new flavors on your travel here in PeruSIM.

Now let find out more of this amazing leaf that will have your back on your trip to Peru and save you on your trekking highland adventure :

Coca is a plant with a complex set of mineral nutrients, essential oils and various components with greater or lesser pharmacological effects, one of which happens to be the alkaloid cocaine, which, in its concentrated or synthesized form, is a stimulant with potentially addictive properties.

For centuries, the indigenous peoples of the Andean region have chewed coca leaves and drunk coca tea. This is a practice that causes no harm and is even beneficial to human health.

Every day, millions of people in the Andes chew coca leaf and drink coca tea without experiencing any problems. In fact, indigenous cultures consider it a sacred practice.

Coca tea is also used outside the Andean region. Coca, for example, is widely used in two provinces in northern Argentina. And coca flour is increasingly used as a food supplement.

The coca leaf is a product that is consumed by chewing, through drinks or infusions made with an extract of it. The nutritional values of the coca leaf are:

This plant is not addictive and provides the body with several benefits. Its use is recommended for:

How do you chew coca leaves?

A portion of coca leaf should be put in the mouth and chewed until it secretes all its nutrients. The leaf is retained in the mouth while chewing gently, trying not to crush them completely.

What are the effects of coca leaves?

A few moments after chewing some coca leaves, an anesthetic effect is produced in cheeks, throat and tongue. Sometimes it also numbs the intestinal tract.

With the passing of the hours after consuming coca leaves, the person can reduce the symptoms of headaches, toothaches and intestinal cramps.

It also reduces the sensation of hunger, thirst and tiredness.

Where to buy Coca leaf in Cusco?

We can find the Coca leaf in the Central Market of San Pedro and as infusions in any supermarket or mini market in Cusco.

Coca leaf has been used throughout time by the Andean inhabitants due to its many medicinal and nutritional properties.

It is one more way that can be used to combat ailments of the body. If you travel to the Andes, to do different tours such as Salkantay trek, Inca Trail, Laguna Humantay or 7 color mountain. Do not forget to count on the Coca leaf to counteract the high altitude.

Everything you need to know about Ayahuasca : Peruvian Ancient Culture or Myth