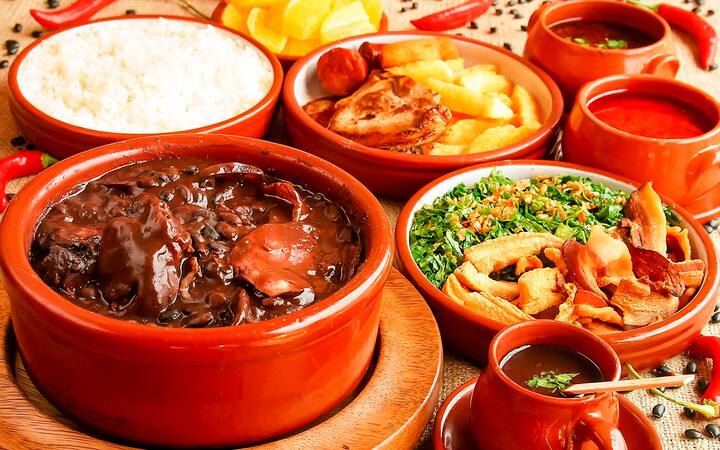 Discover the gastronomy of Cuzco, the imperial Inca city.

In Cusco, every corner is full of history. Because the ancient capital of Peru (during the Inca Empire), still maintains vestiges of what was the most important power of this ancient civilization.

The millenary history is breathed in every step you take through the streets of its towns, which seem to have stopped in time. Its cities are filled with so much mysticism that you will never want to leave. And if you have to leave, there will always be that desire that consumes you inside to return as soon as possible.

The food of Cusco carries the Andean and Spanish tradition in the preparation of their stews. It is a mixture of two trends that combine to give a delicacy of really delicious dishes.

The first brings ingredients typical of Peru such as potatoes, corn, quinoa, guinea pigs, chili peppers and various condiments such as huacatay or aji panca paste; and the other the use of meats such as mutton and pork. Likewise, the methods of boiling when preparing meals.

Over the years, many foods have changed, however, the picanterias and the famous chicherias remain through the years. In many restaurants we can find these Cusquenian dishes.

While Traveling and discovering new extraordinary food you may need to use one of our mobile phone plans for tourists to have a tourist SIM card. In order to understand and find the best pisco , here in PeruSIM.

Let’s find out more about what Cusco can offer the Millenary city awaits for you to discover its exquisite taste which always makes Peruvian proud:

It is a stew of corn and guinea pig meat, seasoned with onion and aji panca bell pepper. After peeling it in boiled water, the entrails are removed from the guinea pig and it is cut into several pieces, which are dusted with corn flour to fry it in very hot oil. In another pot, prepare a dressing of onion, golden garlic and red chili bell pepper. The guinea pigs are seasoned and peanuts are added to taste. The avocado is served with rice and boiled sandy potatoes.

Chuño cola or Lawa of chuño

Delicious stew of Inca origin. It is a spicy broth made of potatoes, chuño, chickpeas, rice, and various meats. In a liter of broth, boil Serrano sausages, a handful of rice, green beans, and cut peeled potatoes. When everything is cooked, chuño flour dissolved in cold water is added. The mixture is stirred with a wooden spoon called wisla and it is left to cook until it is ready. This dish is eaten at any time of the year.

It is a typical dish of the carnival season. It is a clado that has different meats, vegetables, legumes and more. A cow or lamb breast and bacon are boiled. When it is boiling, cabbage leaves, potatoes, chickpeas and rice, already prepared, are added. In another pot boil sweet potatoes, pears and yuccas. The broth is served separately.

The pork meat is cut into pieces and browned in its own fat. It is served at breakfast. The pork or pig is prepared in pieces with its bone in a pot. When boiling, the meat releases its fat, the liquid is consumed and it browns little by little. It is cut, salted and served with corn, potato or yucca. They also serve it as a snack in patron saint or religious festivities to share as the Qoyllur Riti for example. Nowadays it is served with bread.

Roast suckling pig or pork is served as a snack. Pieces of pork with bone are chosen, washed, seasoned and macerated with salt, pepper, ground chili, vinegar, beer or sillao and ground aji panca chili. It is left to macerate for 24 to 48 hours. Then it is baked over low heat until it is ready. It is served with yuccas and mote. This dish can be found in several restaurants in Lima.

This is a typical dish of Cusquenian and Arequipa gastronomy. The guinea pig is fried in abundant oil under a stone that serves as a lid. It is usually accompanied with boiled potatoes, fried yucca, corn, salsa criolla, etc.

It is a very nutritious dish and the dish is presented with the whole guinea pig. It is served with boiled potatoes and then browned in the pan and with huacatay chili. It is accompanied with chicha morada or chicha de jora. It is a special dish of the Peruvian Andean zones.

(yellow chicha), is an alcoholic beverage inherited from Inkan times, prepared from dried and germinated yellow corn that is ground and then boiled. The liquid is sifted in large baskets of “carrizo” reeds with “ichu” or straw, and fermented for three days in “rakis” or ceramic vessels; at the end of the process this drink should have more or less 3% alcoholic content.

Its elaboration is very similar to that of chicha de jora, with the difference that liquefied strawberries (from the Sacred Valley) are added to it, which gives it a special flavor.

Chicha of Quinoa or Kiwicha

It is an infusion of natural coca leaves (Erythroxilon). It is preferred in the Andean towns for its medicinal properties; it helps to reduce the discomfort caused by altitude, such as dizziness, drowsiness, headaches, etc. People also drink it to soothe their throat ailments and when they have stomach problems.

It’s very popular in frigid areas, consisting of a cup of normal or oriental tea to which a few glasses of sugar cane brandy are added.Finally, we know that you have to keep communication with your relatives and friends, that you need to be able to orient yourself in new cities, that you might need help with translation and that you might need to search for restaurants or hotels. That’s why with PeruSIM you can buy a SIM card including the data plan of your need without having to worry about high roaming costs.