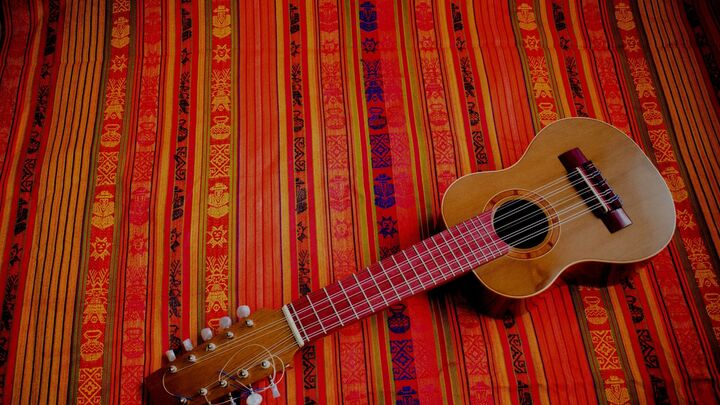 Peru is a Latin American nation renowned for its preservation of indigenous customs, and it makes no exception when it comes to the zampoña and quena of its traditional Andean music.

Although believed to date back further than the ancient Inca Empire, this now world-famous musical genre is deeply rooted in the rural communities of this powerful pre-Hispanic civilization that, as its name suggests, resided in the mountainous regions of the Andes.

Once used exclusively for Inca religious and spiritual practices, Andean music no longer serves only as a form of entertainment, it also reminds the people of Latin America of the importance of celebrating an ancient culture that has shaped the identity of their nations and their people.

The Andean music of Peru is composed of a wide range of musical styles originating in pre-Columbian times, although its contemporary forms have incorporated Western influences.

Because of its evocative solemnity and characteristic instrumentation, the so-called “indigenous” music of the Andes has a large number of fans worldwide, with numerous groups also cultivating this genre in Colombia, Ecuador, Peru, Bolivia, Chile and Argentina.

While Traveling and discovering new extraordinary types of music in Peru you may need to use one of our mobile phone plans for tourists to have a tourist SIM card. In order to understand and find new music genres, here in PeruSIM.

Now let’s find out more about this millenary music genre in Peru :

Peru’s Andean music descends from the Inca and pre-Inca cultures. In 2006, by supreme decree, the Peruvian state made 15 June official as the “Day of Andean Song”.

The most characteristic elements of Peruvian Andean music are the instruments, which basically come from the ancestral inhabitants of Ancient Peru. Wind instruments (aerophones) have existed since before the Inca empire. In the sacred city of Caral (the oldest civilisation in America), quenas made from pelican bones have been discovered.

Percussions were also part of the Andean instrumentation, which were depicted in the huacos portraits (sculptural ceramics) of the Moche culture, in which, in addition to panpipes and quenas, there are also drums and maracas. It seems that these instruments evolved throughout the Andes up to the height of the Inca empire.

With European culture came various stringed instruments (chordophones) such as the guitar, the bandurria, the harp and the violin, which have evolved over the course of 300 years.

In Inca times, the word taki was used to refer simultaneously to both singing and dancing (danza), as both activities were not separated from each other.

The dances and diverse musical styles that are practiced in the Peruvian Andes have nuances that vary according to the zones or regions, influenced by the ethnic groups or cultures that inhabit them

The distinction between these styles of huayno lies in the instrumentation and tonality. It should be noted that there are several Quechua and Aymara dialects scattered throughout the Peruvian Andes that influence the musical compositions.

Another genre found in different areas of Peru is the carnavalito.

Andean music is also a fundamental element of numerous celebrations and festivals, as is the case of the carnivals, which are so widespread and so different from village to village throughout the Peruvian Andes.

It is the type of Andean music that thrives in the Peruvian collao region, most of which is located in the Puno Region.

In Peru, Puno is popularly known as the Folkloric Capital of Peru. This denomination comes from the large number of dances and musical expressions present in different festivities of the Quechua and Aymara provinces, especially the Festivity of the Virgin of Candelaria, Intangible Cultural Heritage of Humanity by UNESCO.

The native dances, however, are more varied in number, as each musical style generally represents a people. Some well-known autochthonous rhythms are:

The autochthonous dances of the Puna highlands are characterized by ancestral instrumentation unlike the dances of lights, which are mostly orchestrated with wind-metal bands.

This is the name given to the music that emerged in the central highlands of Peru, specifically in the Mantaro river valley. This denomination is due to the fact that this area was the ancient territory of the Huanca culture, later dominated by the Incas.

There are several musical manifestations of the Huanca music whose main exponent is the Huaylarsh or simply Huaylas. The Huaylas is a couple dance, with agile movements and characterized by a constant foot tapping in both men and women.

Born in Malvas, Ancash, María Dictenia Alvarado Trujillo is a symbol of Andean music and in her lifetime was recognised as Cultural Heritage of the Nation.

She died of stomach cancer on 24 May 2001 and his funeral was attended by many people.

With more than 45 years on stage, the legendary group Condemayta de Acomayo, consecrated in 2005 as Living Cultural Heritage of Cusco. The ensemble is directed by Saturnino Pulla Jiménez, where the voice of María Tintaya Rayo, the so-called Calandria del Sur, stands out.

They have immortalised songs such as Chalhuaschallay and Tancarquiscacha. It is worth remembering that Acomayo is a province of Cusco, among its districts is Sangarara where the battle of the same name was fought on 18 November 1780, between the army of Tupac Amaru and the Spaniards.

Víctor Alberto Gil Mallma, better known as Picaflor de Los Andes, although he transcended by singing huanca music, was born in the neighbourhood of Ichpico (Huanta, Ayacucho). Just one of his songs “Corazón mañoso” sold more than 80,000 copies. In Lima he summoned thousands of migrants to his performances in the emblematic Coliseo Cerrado, with his characteristic costume: waistcoat and huanca hat.

The so-called “Genius of Huaytapallana” died on 15 July 1975, in the district of La Oroya due to myelitis and heart attack. His funeral was attended by more than 100,000 people.

Known as El Indio Mayta, Miguel Angel Silva Rubio, was born in Celendín, Cajamarca, from where he moved with his family in the 40s to Trujillo, where he worked in various jobs without giving up singing.

His pseudonym comes from his time in the army, where he performed artistic events in the Talara barracks, where he popularized several of his own songs. On one of his tours as a promoter of the Agrarian Reform, he met a music promoter who connected him with Pepe Ludmir, who got him involved in the cinema.

Know Everything about Kuelap, the pre-inca fortress in Peru