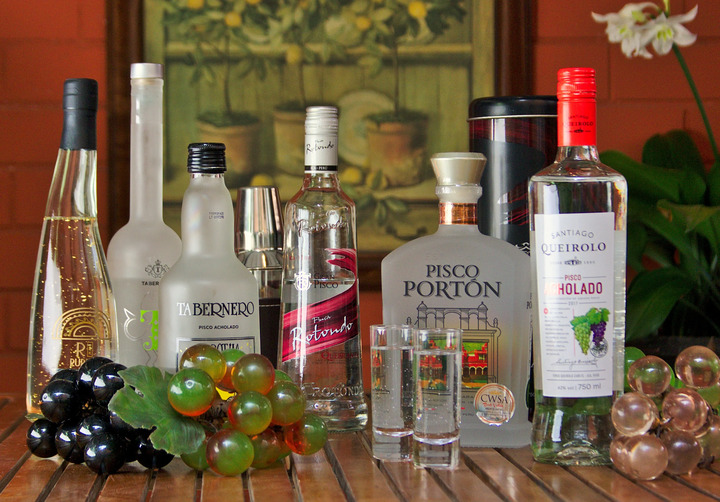 Pisco is a traditional, versatile and exquisite drink from Peru. It is a fine brandy obtained from the distillation of fermented grape must or juice, the preparation of which follows the traditional practices of the producing areas of Peru. It can have an alcohol content of between 38 and 48º, although it should ideally be between 40 and 44º.

It is distinguished from other grape distillates, such as cognac, brandy, grappa or brandies from other regions, because it is made from single vine varieties, is distilled directly and discontinuously, is not aged in wooden casks and cannot be altered with water or colorants.

While Traveling and discovering new extraordinary drinks you may need to use one of our mobile phone plans for tourists to have a tourist SIM card. In order to understand and find the best pisco , here in PeruSIM.

Let’s find out more about this world-famous drink known for its exquisite taste which always makes Peruvian proud:

Origin of the Peruvian Pisco

The word Pisco comes from the Quechua word pisku, which means bird due to the diversity of birds that used to fly along the coast of Paracas.

There is another version that explains that in the valley of Pisco lived some Indians called Piskos, who were potters and created clay pots where they stored alcoholic beverages.

The story goes that the first aguardiente was stored in these containers and with the passing of time acquired the name of the vessel.

Most of the time it is handmade. To know the immense quality of Peruvian piscos it is necessary to know the process of its elaboration and its varieties.

And what is the “Appellation of Origin”?

The appellation of origin is a qualification that recognizes that a product is exclusive to a defined geographical area and that it corresponds to a specific tradition. In this way, it ensures respect for its history, attributes and quality.

In the case of pisco, the appellation of origin recognizes that it is a Peruvian distillate specific to certain valleys of the central and southern coast of Peru, since the history of pisco is inseparable from the geographical conditions and culture of the temperate coastal lands.

In order to establish the appellation of origin, the following are considered:

The process to be made

The entire biochemical process is carried out in vats where various ingredients are added. Then, during alcoholic fermentation, the natural sugar is extracted from the grapes.

The process takes seven days. Everything is controlled by temperature. Seven kilos of grapes produce one liter of pisco.

The technique and art of distillation are regulated according to heat energy, rhythm, aromatic components and vaporization of all the elements. The method consists of the liquid having to rest for at least three months before bottling.

What is its production area?

Pisco is produced exclusively on the central and southern coast of Peru. This region is an extensive desert strip crossed by numerous rivers that descend from the Andes to the Pacific Ocean and form fertile valleys at low altitudes (between 0 and 2000 meters above sea level).

The Peruvian Technical Standard and the Pisco Denomination of Origin recognize that there are five departments that produce this beverage and that grape distillates produced outside of them cannot be considered piscos.

The only departments in which pisco can be produced are Lima, Ica, Arequipa, Moquegua and Tacna (in the Locumba, Sama and Caplina valleys). Although there is no unified circuit, it is possible to follow pisco routes in the valleys of the producing departments.

It is made from various aromatic and non-aromatic grapes. Pure pisco has a mild aroma and a unique taste to the palate.

It is typical of the Ica region. It is distinguished by its fine distillation and from a single grape variety. The quebranta, mollar and ordinary black grapes are used. It is the favorite to make a good pisco sour.

Is made from incomplete broths which means that the fermentation is interrupted and usually different strains are used, they may or may not be aromatic. It is a blended pisco.

Is obtained from the distillation of incompletely fermented broths, which means that the fermentation is interrupted when it still has some sugar.

Is made from aromatic Pisco grapes. Italia and Moscatel are the favorites for this type of pisco. This type of aguardiente has an aroma of flowers and fruits, really delicious.

Cocktails made with Pisco

The cocktails prepared with Pisco in Peru are the Pisco sour, Chilcano de pisco, Capitan, Pisco punch, Cholopolitan, Lucuma sour, Pisco tonic, Mango sour, Maracuya sour, Camu Camu sour and many more. Pisco sour is one of the favorites of Peruvians and tourists, which is considered one of the most delicious cocktails in the world.

After visiting Peru buy your favorite Pisco and take it home and try this recipe out:

Beat 3 ounces of pisco, one ounce of lemon juice, one ounce of sugar syrup, half an egg white and 4 ice cubes in a shaker; when serving, add 2 or 3 drops of Angostura bitters. Enjoy it!